Number Plates refer to the physical plates you attach to your vehicle and not the arrangement of letters and digits displayed on the physical number plate.

The Motor Car Act 1903, which came into force on 1 January 1904, required all motor vehicles to be entered on to the Government's vehicle register, and to carry number plates. The Act was passed in order that vehicles could be easily traced in the event of an accident or contravention of the law. Vehicle registration number plates in the UK are rectangular or square in shape, with the exact permitted dimensions of the plate and its lettering set down in law.

The Driver and Vehicle Licensing Agency (DVLA) are responsible for the number plate’s schemes in Northern Ireland and GB mainland. Other schemes relating to the UK are also listed below.

Older British plates had white, grey or silver characters on a black background. This style of plate was phased out in 1972, and is now legal to be carried only on vehicles built prior to 1 January 1973.

Motorcycles formerly had a double-sided number plate on top of the front mudguard, curved to follow the contour of the wheel and visible from the sides. The requirement for the front number plate was dropped in 1975 because of the severe danger these presented to pedestrians in the event of collision. 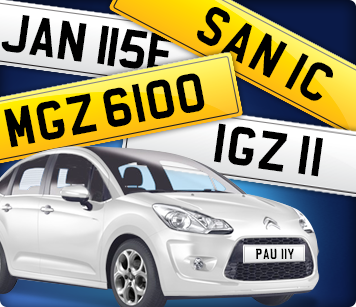 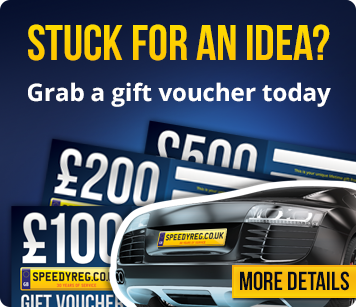