This article focuses on the history of GB Mainland number plates. Interested in the History of Irish Number Plates ?

At the beginning of the century, with mechanically propelled vehicles increasing in number, and accidents occurring more frequently, it became apparent that a means of identifying cars had become necessary. The solution was The Motor Car Act 1903. From 1st January 1904 it become compulsory for every motorcar to be registered with a number plate. This came about 5 years after Dutch authorities first introduced the idea to the world.

The first mark to be issued in London was the simple, bold, A1 and this was registered to Earl Russell. He wanted the mark so badly he camped out all night to secure it, making him not only the first registrant but also the inventor of the idea of having a distinctive, personalised or cherished plate on a vehicle.

Since then, the registration system has changed 4 times to accommodate the ever-growing demand for vehicle registrations.

Interesting fact: Our Director Des currently has O 11 on his vehicle, which dates back to 1903 and was originally issued in Birmingham

Let's take a look at the different number plate systems that have come into play over the years...

The first plates issued were dateless, that is, there was nothing to denote the year of issue. This system lasted for an incredible 60 years.

Initially, the marks were made up of a local council identifier code of up to 3 letters, followed by a random number, e.g. ABC 123. In the early 1950s, as numbers started to run out, the components were reversed, giving rise to registrations in the format 123 ABC.

In 1920 The Roads Act was passed that made a few minor changes to the number plate system. Up until this time, there was nothing to stop authorities having two registers, one for cars and one for motorcycles. This meant that it was possible for a car and a motorcycle in the same area to have the same plate. The 1920 act put a stop to this and ensured that all authorities had one single register for all vehicles. Also, up until 1920, if a vehicle moved from one area to another, it would lose the plate and receive a new one in the new area, the old plate being reassigned to another vehicle. It was decided that this was simply too confusing and inconvenient, so this practice was stopped by the 1920 Roads Act.

Not surprisingly, all the dateless registrations are now in high demand, especially short combinations such as O 11 which is worth in excess of £95,000. The high price tag is due to the single letter and the fact that it only has 3 characters in total. 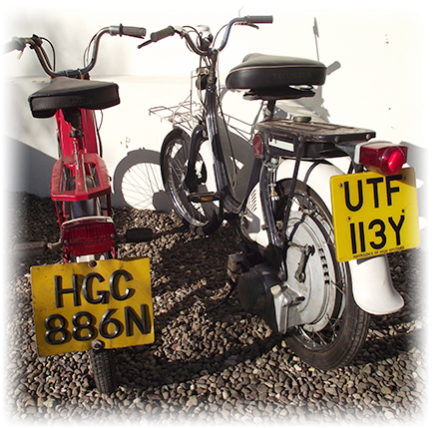 By 1963, a number of local councils had run out of registrations, even by adding extra digits and reversing them. As a result of this, the Suffix system was introduced, a letter indicating the year of registration being added at the end of the plate, which until then had comprised only 3 letters followed by 3 numbers. Thus, 1963 plates had the format AAA 111A, 1964 plates AAA 111B and so on. This was the first change to a system that had been set up in 1903 when there were far fewer cars on the roads. Since then the administration of the system has turned into a massive task. Everything was done manually and locally.

Police checks on vehicle records were time consuming and labour intensive. There were also delays with registrations and the public were not happy with having to wait. So in 1963, as well as a revamp of the system, thought started to be given to utilising some modern technology, namely, computers to create a centralised system. This system would be nine years in the planning!

Since 1903 the design of the physical plates had gone through a few changes but the most significant was in 1973 when all newly registered vehicles were required to have reflective style number plates, with black letters on a white background at the front, and on a yellow background at the rear. Older style plates, with white or silver letters on a black background, remained legal for vehicles already registered.

Eventually, in 1974, the centralised DVLC system was up and running, no longer were local councils responsible for vehicle-registration.

The Prefix system started in August 1983. This saw the letter indicating the year moved to the beginning of the registration mark, thus doubling the lifespan of the number plate system.

Prefix registrations can be broken down in three sections:

Last two letters: An area code that indicates where the plate was registered.

The three numbers and the first of the three letters at the end have no meaning, only providing a variation for identification.

This system continued until the end of August 2001, and a large number of these registrations were held back for later release or for personalised registrations.

The letters I, O, U and Z were not issued at all as Prefix letters, and Q was used only where the age or origin of the vehicle could not be identified.

Of course the lifespan of this system could be guessed at. It had taken just 20 years to exhaust the suffix system, souring the 1990s a lot of thought was given as to what to do when the prefix system had also run out of combinations. 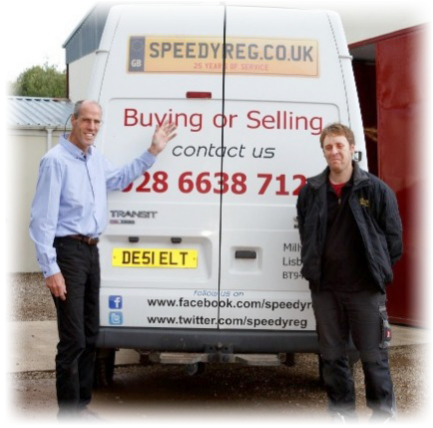 The current style started in 2001. Police evidence suggested that witnesses, particularly in hit and run incidents, remember the letters of a registration mark much more easily than the numbers. As people read from left to right it made sense to put this information, the local code, at the beginning rather than at the end of the number plate. As the result the current system for registrations is made up of 3 parts, as shown below:

This represents the place where the car was first registered. Vehicles registered in Birmingham, for example, begin with the letters BA - BY; those registered in Chelmsford begin EA – EY.

Date ID:
This indicates the date of registration of the vehicle, and changes every 6 months, in March and September.

Random:
The last three letters are random and can now include Z.

This current system is far more future-proof that than the previous plate styles were. This system can cater for up to 12.6 million new registrations each year. It is believed this system will run smoothly until at least 2049, when it can simply be reversed.

The Isle of Wight

For many years the Isle of Wight, with county council status, used the areas letters DL within the general system for all vehicle registrations. Following gradual rationalisation of DVLA local offices. DL identifiers were issued by Portsmouth Vehicle Registration Office. Under the system that started on 1st September 2001, the island falls within the Hampshire and Dorset region, and HW is used exclusively for residents of the island.

The Isle of Man

The Isle of Man introduced vehicle registration in 1906, in the same format as the mainland Britain system, with the first MN registrations having up to four digits. This series endured for some time, before the island moved on to a three letter, three digit sequence commencing with AMN. The MAN series was also used, diverted from West Ham Borough Council, where it was made unavailable. The letters MAN followed by four digits have also been used. All these series have also been issued in reverse. The island did not follow the British year identifier system introduced in 1963, though since then its plates have utilized both suffix and prefix letters as integral parts of the registration, on a seven character plate of British appearance.

Vehicles here have carried mandatory registrations marks since before 1915, with each island having a unique arrangement unrelated to the British registration system. Guernsey vehicles carry straightforward numerical plates with no letters and in 2003 up to five figures. Jersey also uses a five-figure series, preceded by the single letter J. Interestingly, J, was also allocated by the mainland county Durham, between 1903 and 1922.

The Isles of Scilly

The registration mark SCY was made available for use on these islands in 1971, and simultaneously withdrawn from use by Swansea, which had previously issued that combination. Because there are relatively few vehicles on the Isles of Scilly, any plate carrying the registration SCY is a rare sight in the mainland. 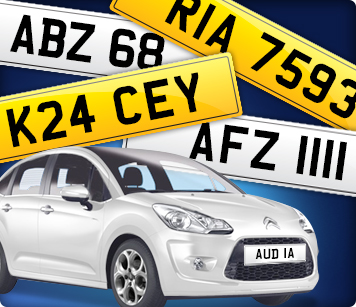