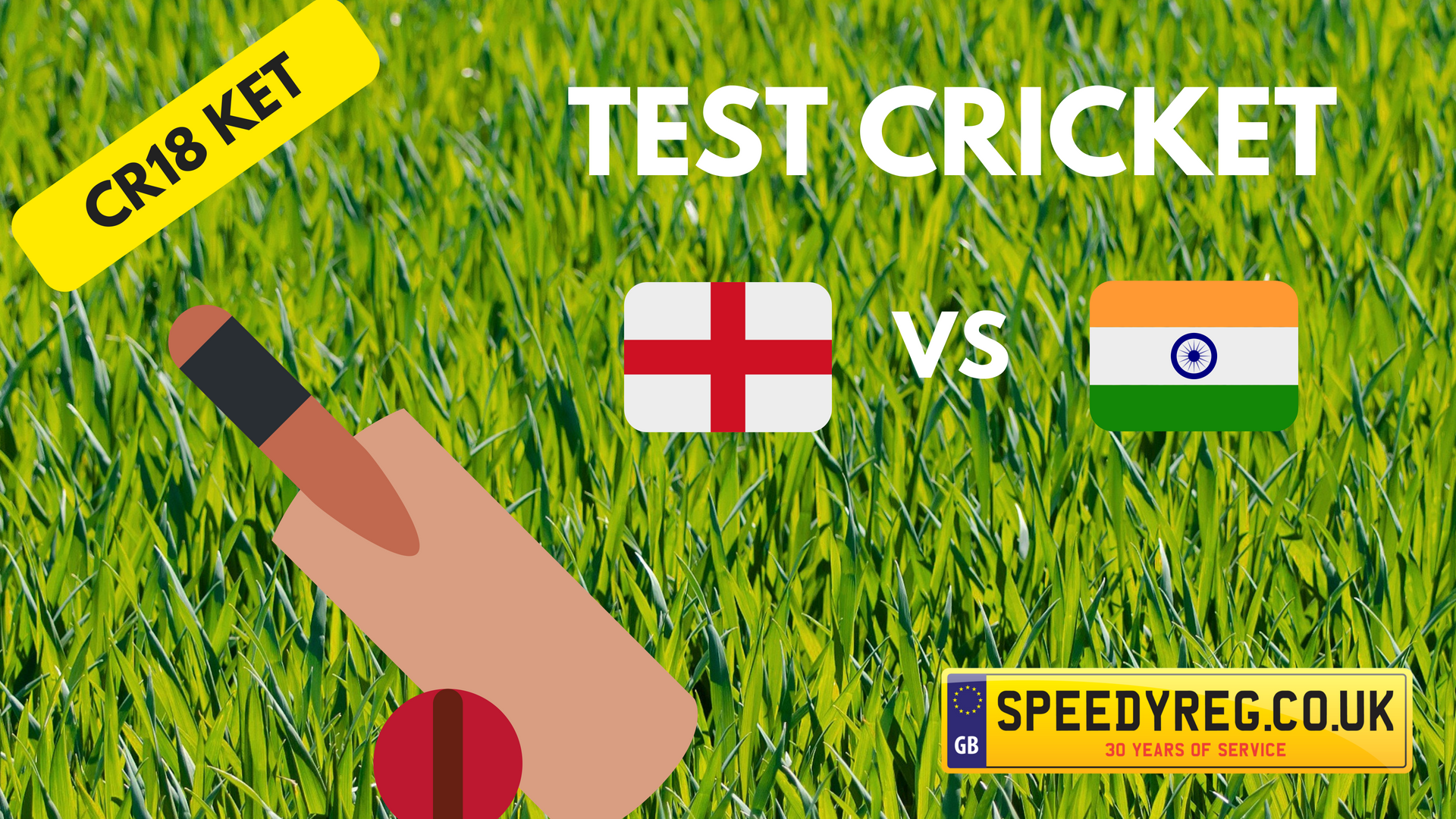 The test matches between India and England are always much anticipated and they’re finally here!

Starting on August 1st, the calendar looks like this…

England do tend to rely on players James Anderson and Stuart Broad rather heavily. Between them, they take more than half of all of England’s Test wickets! But, unfortunately, both of them have suffered injuries lately which could hinder their performance. Anderson has had a problem with his shoulder and Broad has suffered damage to the ligaments in his left ankle. Let’s hope they are not too badly affected and are able to play, and play well! Good luck!

Looking for a new plate this summer? Why not celebrate the cricket with a cricket related private plate? For the ultimate cricket plate, how about CR18 KET? We’ve got plenty of BAT plates, starting at just £199. You can take your pick from BA52 BAT, M29 BAT, F6 BAT, BAT 7V and many more. You could have an over plate such as 10 VER or 80 VER, or you might like to score one of our run plates such as G8 RUN or AU05 RUN. Our run plates start at just £199 so they’re very affordable.

Use our search to find your summer plate

To discover more of these, or any other new plates this summer, visit our website and use our search box to explore a world of new plate possibilities!