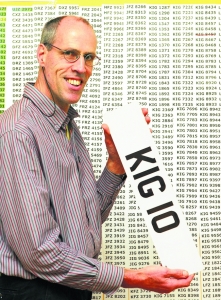 Northern Irish registration dealers and fans of this coveted style of prefix registration breathed a sigh of relief as they were told at a conference in Coventry two weeks ago that plans to scrap this unique style of registration were no longer going ahead.

Northern Ireland registrations are unique in the fact that they are a dateless prefix style with three letters containing either an I or a Z followed by up to four numbers. You may have seen some of the more quirky styles such as JIG, UUI, GAZ, LIL, BAZ and so on.

These very special dateless registrations are now confirmed to be continuing despite plans by the DVLA to introduce the GB style system to Northern Ireland along with plans to centralise local offices in an attempt to harmonise and run all proceedings from head office in Swansea. Although it is not yet certain what the future of local offices in Northern Ireland will be registration dealers are very happy to see the continuation of the Northern Irish registration, which is popular throughout the UK.

Speedy Reg MD Des Elton is naturally delighted with the news as he has been campaigning long and hard not only to ensure that Northern Irish registrations continue but to maintain a unique part of the Northern Irish heritage, save many jobs and of course help the economy. Keep checking this blog for updates on the situation or you can find further information in local newspapers.