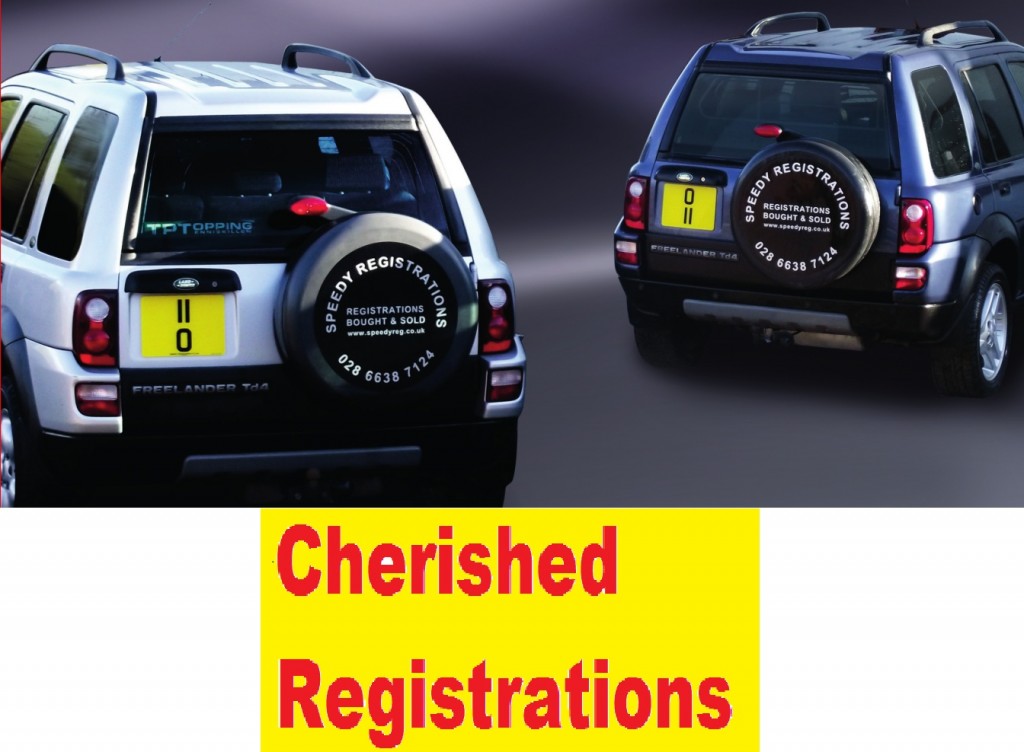 Cherished number plates have been around for a number of years now but their popularity has never been higher than it is today. The demand for personalised plates is at an all time high and as a result, record prices are currently changing hands.

Typically, a cherished number plate will include your initials, somewhere in the combination of letters and numbers. However, prices will vary greatly depending on that specific combination, so for example, you will find yourself paying more for a plate that reads A1 ABC than you would for say, A857 ABC.

Sometimes known as vanity plates, this type of vanity is essentially why they are so popular, although there is another handy advantage in that nobody can tell the age of your car! Over the years, some phenomenal amounts of money have changed hands for the more interesting plates.

The record currently stands at an incredible £352,000 which was paid by a Lebanese property developer back in March 2009 for the number plate 1 D. It was intended as a present for his wife and was to be placed on her treasured Bentley. Previously, in 1993, the registration number K1 NGS sold for £233,000 at auction.

The number plate in question was sold at an auction organised by the Driver Vehicle and Licensing Agency in England. The DVLA regularly hold such auctions and this is a good way to pick up some of the more unusual plates but prices as a whole can often be prohibitive.

There are many other places to look for private number plates and online classified sites may be a good place to start. Similarly, printed publications that cover the motor industry, as well as those that are just published for the purpose of printing classified ads are well worth a look.

The practise of using personalised plates has been around almost since license plates were first introduced, but it has grown considerably in the last fifty years or so.

In 1963 in the UK, standardised registrations were introduced with suffix letters put in place depending on the year that the car was manufactured. This started with the letter A in 1963 and ended with Y twenty years later before the system was changed to use letters as prefixes.

The 1960`s was therefore the time when it became popular to seek out numbers that were personal to the car owner and it was around this period that cherished license plate clubs and organisations were formed.

Remember, that when you`re buying a plate, it must conform to police regulations: Certain lettering styles and fonts aren`t allowed and above all, your plate must be legible. Some owners have been known to turn the letter `m` upside down and turn it into a `w` and that it completely against the law, so make sure you stay within the rules.

A final tip when you`re searching for the right plate is to look at buying a car and check out the registration that comes with it. Very occasionally you will see that the plate matches what you`re looking for and the package is cheaper as a result. So keep looking for a Honda for sale on Netcars.com as you never know what might turn up.